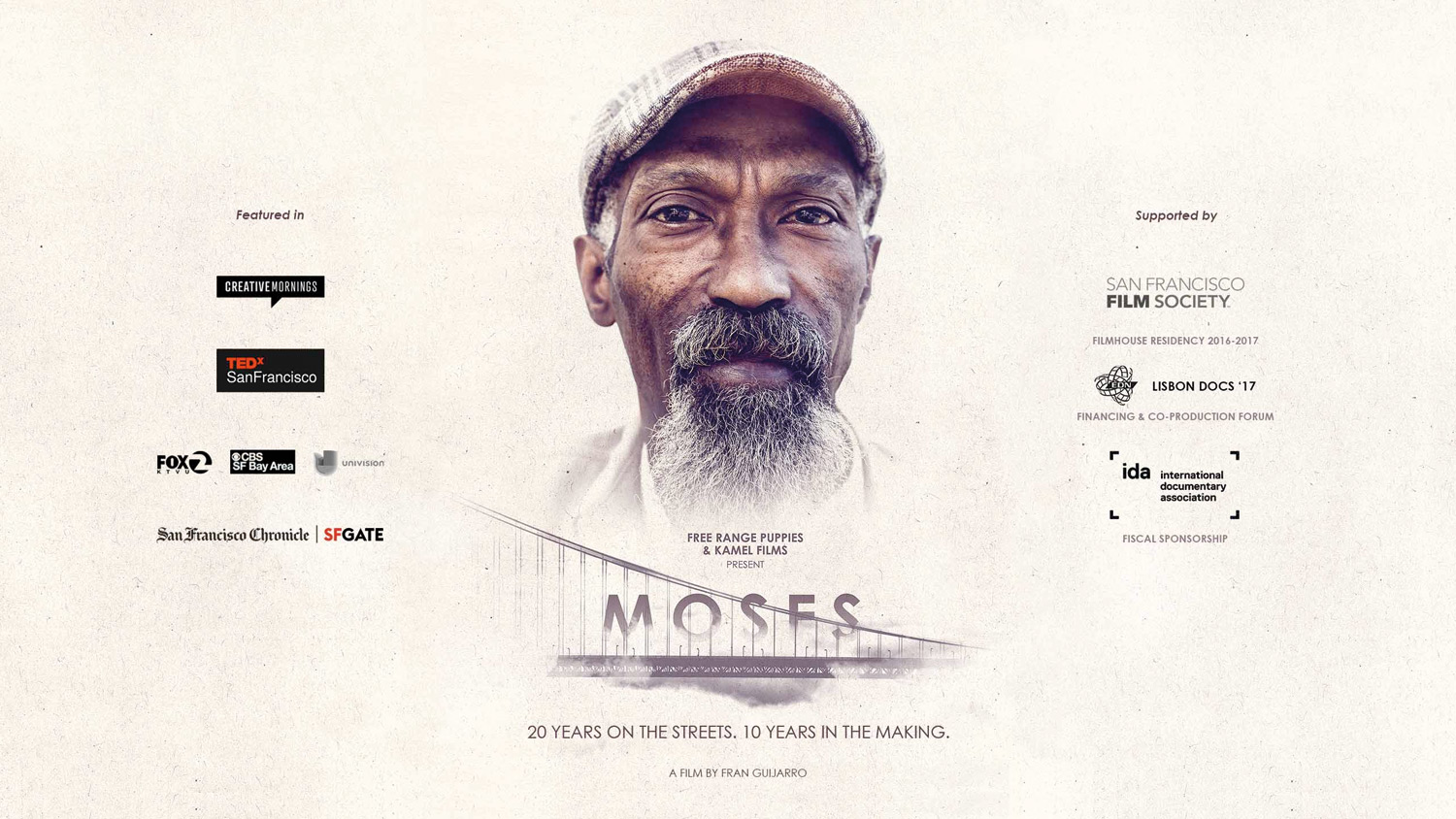 Homeless for twenty years in San Francisco, Moses stars in a student film that launches him on a journey to reclaim his life, his family and his past as a gifted musician.

In 2007, a charismatic panhandler named Moses meets Fran, a Spanish film student, who casts him as the central character in his short narrative film. For the next decade, their lives remain intertwined in a turbulent story that unfolds across San Francisco, Chicago, Nashville and Spain. The resulting genre-twisting narrative unveils the brightest and darkest regions of Moses’ soul, including a promising music career as a guitarist abruptly cut short in the late 70’s.

Filmed over the course of ten years on Mini DV, 35mm, Super 8mm, 4K and HD video, the project is now in post-production and is expected to be finished in 2020. Check it out on IMDB.

Moses has been produced by Free Range Puppies.