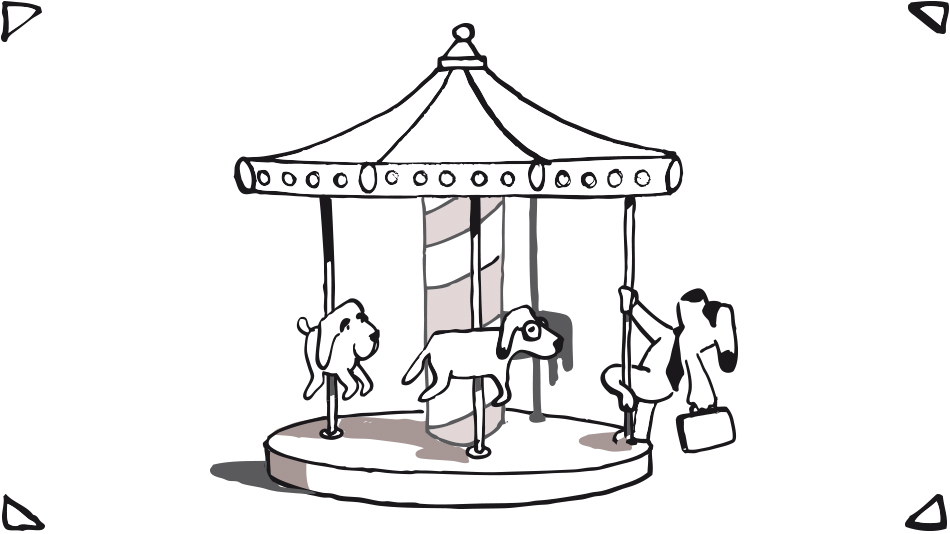 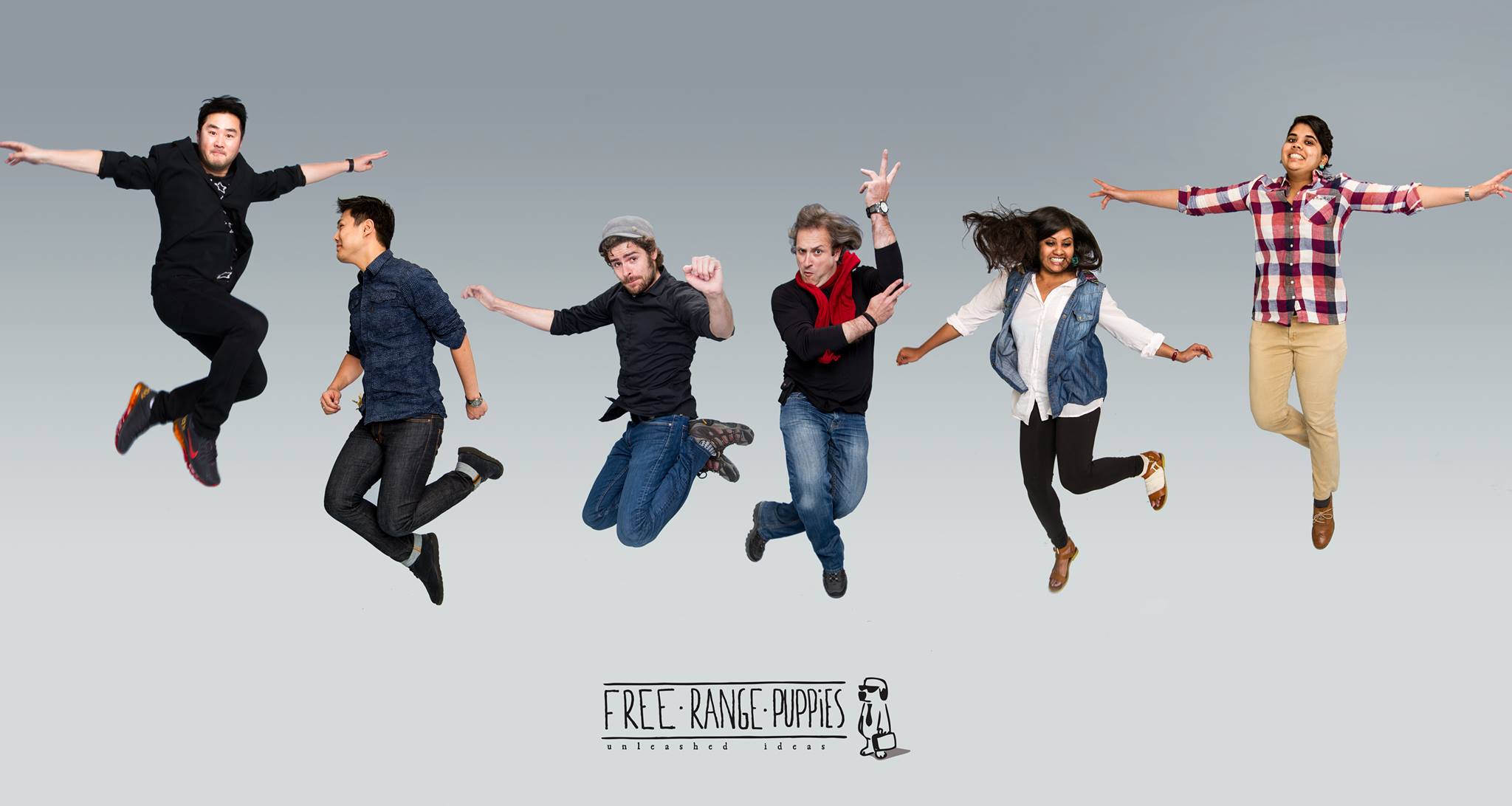 No, we don’t sell puppies.

We are a multicultural hybrid creative agency/production shop working on unleashed ideas for a better world.

We embarked on this project in 2012 with an honest mission in mind: to merge who we are with what we do. Although it might sound a bit hippie and idealistic, we all know that many people are dying to be able to make this connection in their lives. But they don’t. The reason? We live in a world ruled by complacency. In June of 2013, a Gallup study revealed that 70 percent of Americans are unhappy at work. And they keep doing what they do. For many reasons. We founded Free Range Puppies to be part of the other 30 percent.

The equation is simple and applies to every single human being: When your work is a reflection of who you are, you are happier.
And happiness brings along creativity. Otherwise, ideas simply stop roaming around and start getting caged. Fenced and contained in many manners.

So, if you take a look at our portfolio, you’ll see that Free Range Puppies are a a mixed-breed of filmmaking, advertising and programming canines sprinkling their love for storytelling across projects that stand up for a better world. People with hearts; proposals with soul and brands that bring meaningful things to our lives. All this makes us thrive. Or flow, as Hungarian psychologist Mihaly Csikszentmihalyi would say.

Why puppies? Well, they are absurdly brave and curious. 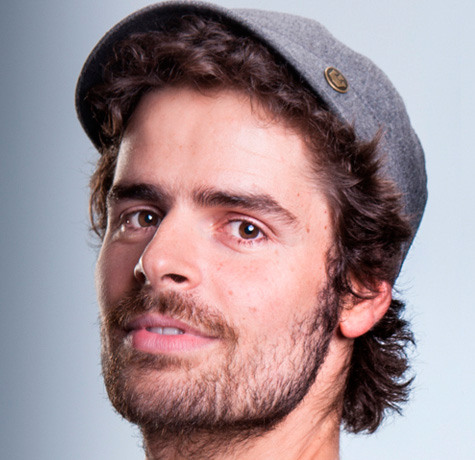 Among many others, there are three remarkable characters that have made a big impact on Fran’s career: a sympathetic account supervisor, a brilliant creative director and a unique homeless man.

In 2003, Fran stepped into the ad world making a big mistake. He was an intern account executive at CP Proximity Madrid, where he sent an unintended email to a client containing an Excel sheet with all the production profit margins charged by the agency for the past two years. Marta, the Account Director CCed in the email, didn’t yell at him. Instead, she kindly asked Fran to fix the problem. His reaction was to send over thirty emails in a row to the same client and to follow up with a phone call in which Fran said: ‘Hey, the agency just got a virus that is being massively forwarded to all of our contacts. Please, delete all my emails from today and you’ll be fine.’ And so did the client, including that first email with that damn Excel sheet. This was Fran’s first creative brief. Handed by Marta.

The anecdote spread like wild fire at the agency, and the senior copywriter of the team (Fede Maciñeira) started feeding Fran some under-the-table creative work. A few weeks later, ‘Pach’ -the Executive Creative Director at the time- offered Fran a position as a junior copywriter encouraging him to pursue a creative career. Fran would end up being promoted to Associate Creative Director at age 24 and contributing multiple recognitions to the most awarded direct marketing agency in the world in 2003 and 2006. This was Fran’s first milestone. Led by Pach’s creative guidance.

In 2007, and supported by laCaixa Full Scholarship Program, Fran arrived to San Francisco to complete an MFA in Copywriting at the Academy of Art University. He was nominated for Valedictorian, graduated with Cum Laude honors and was selected as “Copywriter of the Year” on two occasions. His work scored at Clio’s, D&AD, Addys and at the prestigious AAU Spring Show for three years running: 2008 (Gold TV, 2008), 2009 (Gold TV) and 2010 (Gold Integrated). While attending classes at AAU, he completed an internship at Venables Bell & Partners and was hired as an Associate Creative Director by the prestigious multicultural ad agency Alma DDB, where he handled The Clorox Company and McDonald’s accounts. He also received the first CEO’s Echo Award for Social Action for his iHomeless digital platform, which he developed as part of his final thesis at AAU.

All sort of good things happened to Fran since he arrived to San Francisco, but the best was to cross paths with a homeless man named Moses. He sparked an unbelievable true story that would end up embarking Fran on a socially-committed and award-winning filmmaking career. This was Fran’s first awakening as a human being. Powered by a street mentor.

It’s because of Moses, that Fran became a Free Range Puppy, that is, a creative eager to change the world. He also works at the Academy of Art University, where he tries to teach the same things he learned from Marta, Pach and Moses. 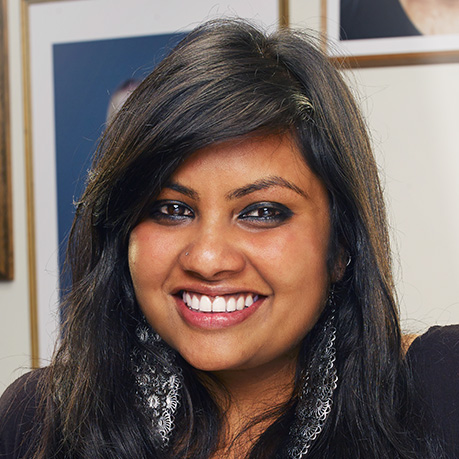 Diya was born and raised in Kolkata, India. She grew up in a family with academic conviction about the intrinsic value of education and the deep sense of satisfaction and fulfillment that arise through its pursuit.

After finishing high school, she decided to move to Mumbai, 2000 kilometers away from home, to pursue an undergraduate degree in Economics at The Sophia College of Mumbai.

Then, she joined a world-renowned advertising and media company called Mindshare. At this time, the dynamics of the media world caught her attention.

Life took Diya to San Francisco, where she completed her MFA in Creative Strategy at the Academy of Art University.

San Francisco gave her the opportunity to expand as an artist, a thinker, and most importantly, a human being.

This is exactly where she started getting involved in several film projects and working at Free Range Puppies. Diya has already produced her first short documentary, titled The Mural, and is producing Moses’ film. 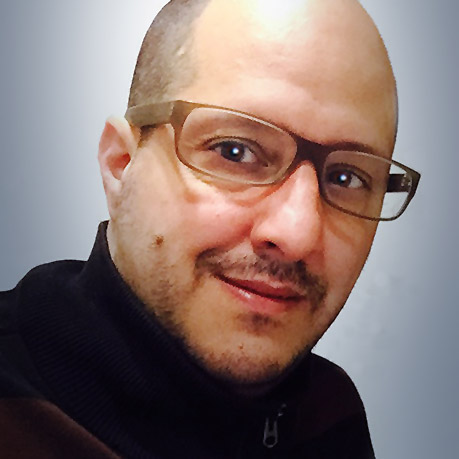 Jorge Luis Morejón, a.k.a. MORE, was born and raised in Cuba. After completing his studies in Graphic Design in La Havana, he moved to Spain to kick off his career.

He landed a job as an Art Director at CP Proximity Madrid, recognized as the most awarded direct marketing agency in the world in 2003 and 2006. After scoring numerous awards at advertising festivals, he was promoted to Associate Creative Director, a title that he carried when he ended up working for Orbital. More has worked for clients such as Real Madrid C.F., Nivea, Toyota, Chrysler, Mercedes, Barclays Bank and Teka, among others. Married and father of two kids, he is a big fan of Atlético de Madrid Football Club, and a very talented fine artist. He paints, draws, sculpts and builds anything you can imagine. 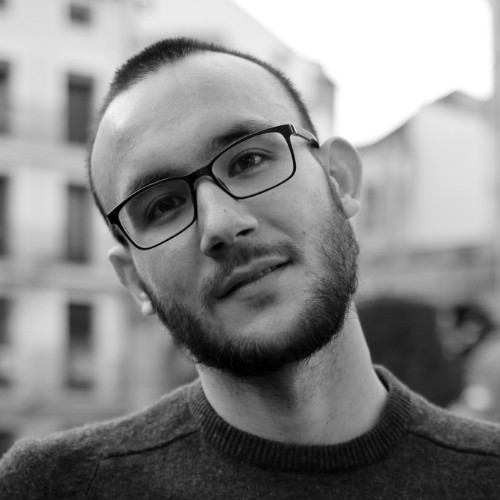 Originally from Madrid (Spain), Alejandro is a film editor with a strong inclination for non-fiction storytelling addressing social issues. He holds a bachelor’s degree in Communication and Media from the Complutense University of Madrid. Alejandro is currently involved in the post-production of ‘Moses.’ He’s a proud vegan, and a complete cinephile.