Ana Say Yes is an integrated advertising campaign we created to launch Nativox in Spain. Available for iPhone/iPad, Androids and web, Nativox is a new method that helps ESL (English as a Second Language), students speak better English.

Ana Say Yes is a public petition asking Ana Botella, former Mayor of Madrid, to become the new spokesperson for Nativox. Why? Ask any Spaniard.

Mrs. Botella gave a speech in front of the Olympic Committee to pitch Madrid as the perfect city to host the Olympic Games in 2020. Ana spoke in English with such a thick accent that her speech spread like fire, becoming a overnight YouTube sensation: https://www.youtube.com/watch?v=SluVUMq0Q4g

Ana’s most commented words were “A relaxing cup of café con leche”, a quote that became the funny emblem of her speech.

So Nativox felt like a very appropriate way to really help Ana improve her speaking skills in English.

The literal translation of Ana Botella in English is Ana Bottle, so we sent her the petition inside an exclusive glass bottle that we crafted for her and that reads ‘Ana’ in the outside. We produced the video above showing the making of the bottle as a voiceover brings up the famous speech to Ana in a very ironic way.

Since the makers of Nativox are based in San Francisco, the bottle needed to be shipped from the city of the Golden Gate Bridge to Madrid. Crossing the Atlantic Ocean is quite a ride, so we encouraged people to push the bottle via Twitter. 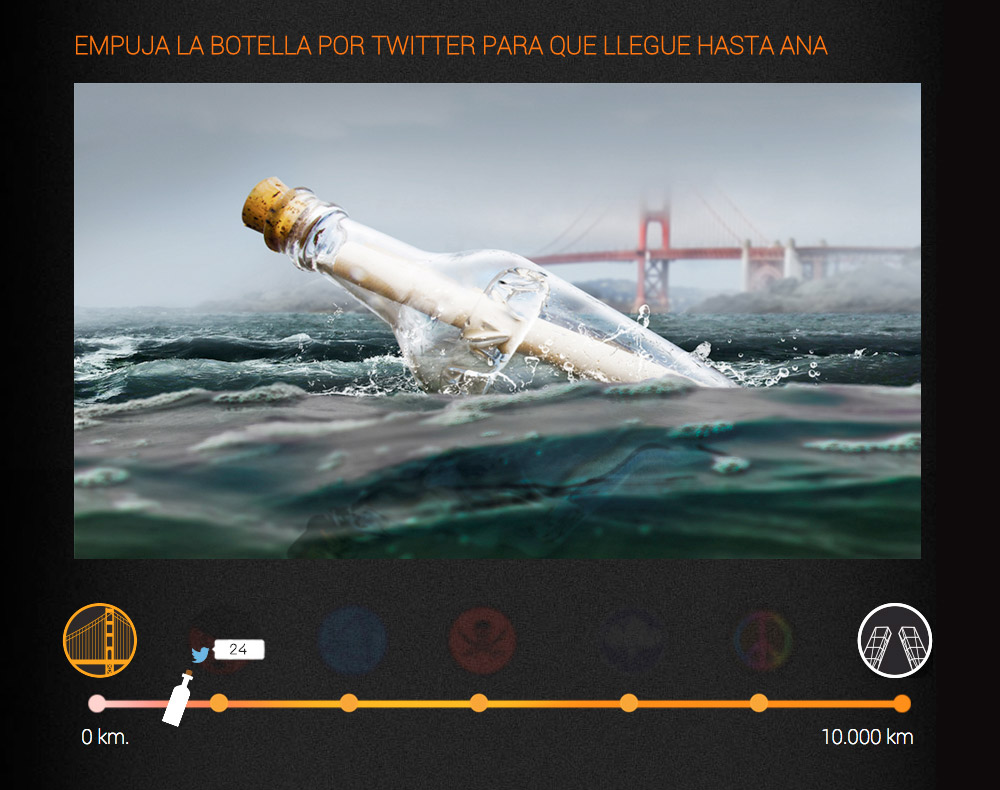 During the journey, the bottle got intercepted by a toothless Chinese sailor, three Aliens at the Bermuda Triangle, a pirate escorted by a couple of twin mermaids, an apocalyptic storm and two hippie musicians. Every time, the bottle could only be released and move forward by twitting a bunch of ad-hoc hashtags to @ana_sayyes

Both the video and the social media campaign were hosted at anasayyes.com, where people could also try Nativox for free to test their English speaking skills. 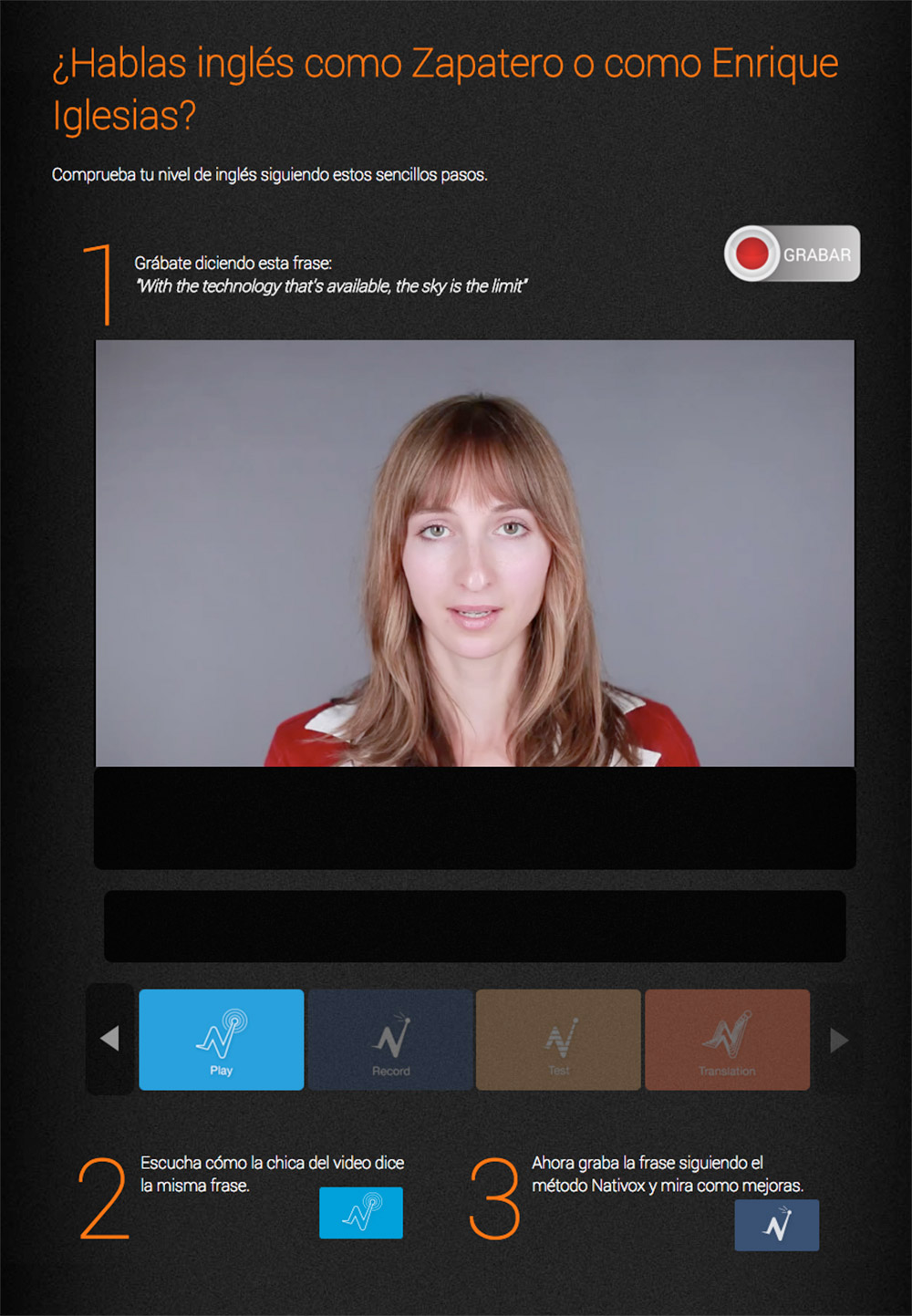 Also, those purchasing the Nativox app during the campaign period were treated to a “relaxing cup of café con leche” at a well-known cafe place located in the historic downtown of Madrid. 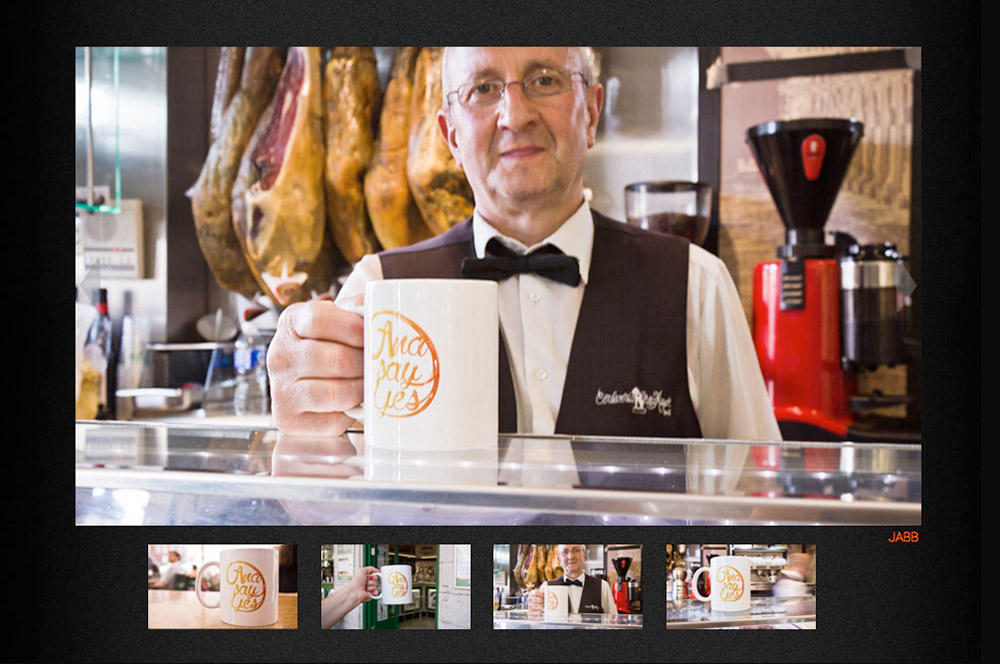 These coffees were served in personalized cups showing the Ana Say Yes logo. We enticed people to share pictures of them sipping from these cups, using the hashtag #anasayyes on Instagram. 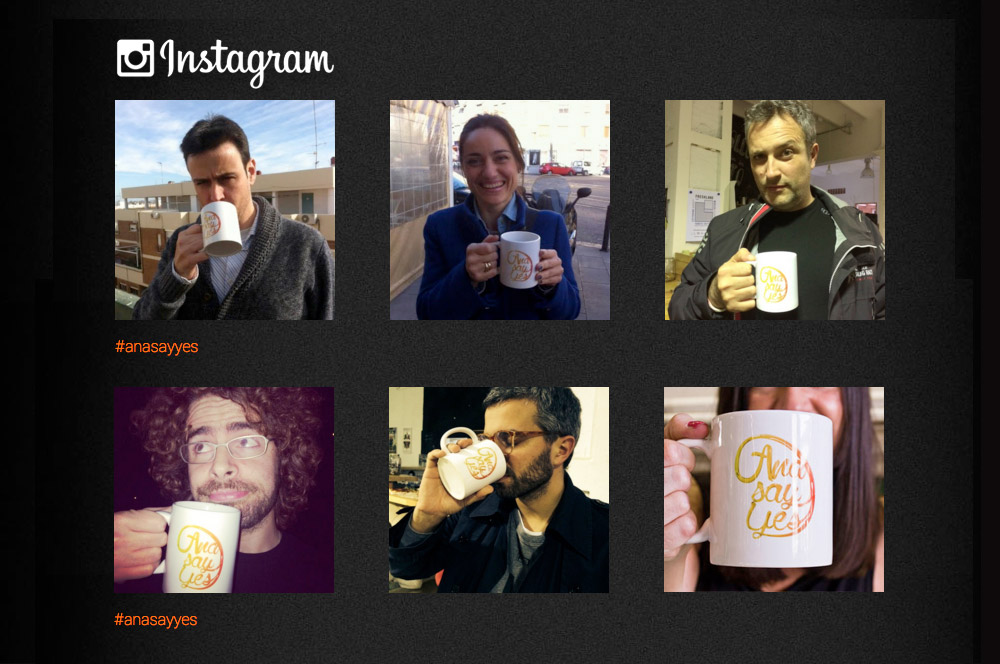